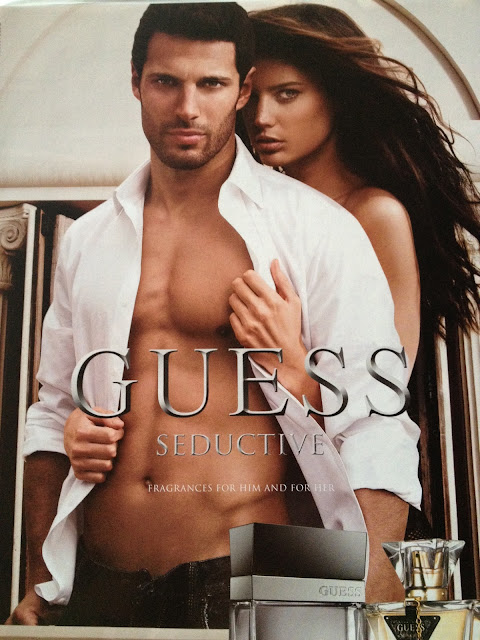 Our Handsomest Man in the World this week is the man in the latest Guess men's cologne ad. Very hot. Men are wearing their pants a lot lower than they used to when I was in advertising...

Dear David,
I just saw some publicity about your new book. When is that coming out? You are relentless.
~Readin' Fool

Dear Readin' Fool,
It's true! I have a new novel "The Beauty of Men Never Dies" being published by Wisconsin University in June. I think you'll like it ~ it's about being gay over 70. There are no good role models for us when we are gay and getting mature. My role model has always been Coco Chanel. She made her comeback at 70 after World War II.

I have another book for the Fall tentatively called "100 Things You Need to Know in the 21st Century." If the title changes, I will let you know the new title when I find out. Here is a sneak peek of one of the things you need to know:  "Always leave the room as though you are going somewhere more interesting."

And to fatigue you even more, I have just finished my advertising memoirs called "We Offered Them Caviar...". I was in the advertising world as the show "Mad Men", but my experience was quite different. I worked for Grey Advertising and my main client was Revlon, who were like monsters from Hollywood but great. It was wild. I used to come back from the client and tell my staff " We offered them caviar but they wanted peanut butter, so we'll give them peanut butter!" Hence the title. Stay tuned!
Posted by David Leddick at 11:45 AM